Year 5 have been conducting some hands on experiments in their Science lessons. Recently they have been looking at separating materials.

Pupils started off with a range of different materials including paper clips, raisins, oats, croutons and a variety of other things. When added together on the same tray, the problem was how best to separate them. The class had to demonstrate that a mixture of solids could be separated through investigating different techniques.

Methods involved using their hands, using a magnet, a home-made sieve and mixing solids with water to dissolve some of the materials. The magnet was used to take out the paperclips from the mix, and the croutons could easily be removed by hand. It turned out that the holes in the home-made sieve were too big, causing the oats to not separate properly. This process then had to be repeated again with a new sieve with smaller holes. The sand and the salt were separated using the water. The salt dissolved into the water and the sand fell to the bottom of the cup, successfully separating them.

The children worked well both as a team and individually and  enjoyed the task very much. They then wrote down their findings. 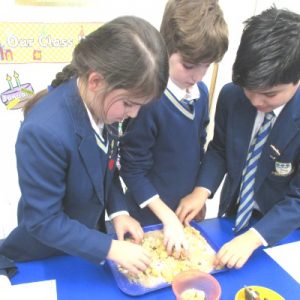 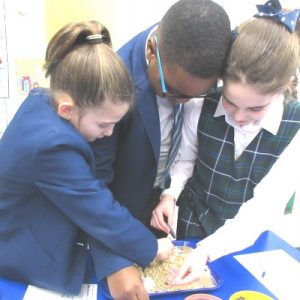 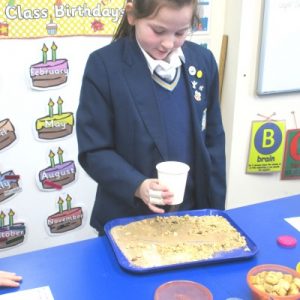 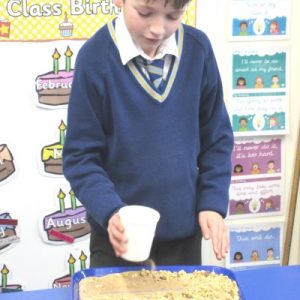 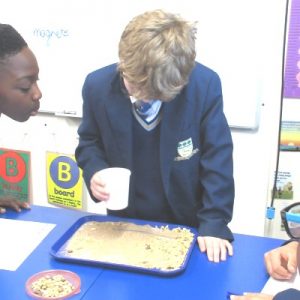 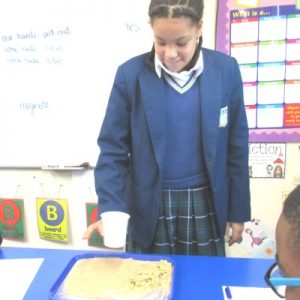 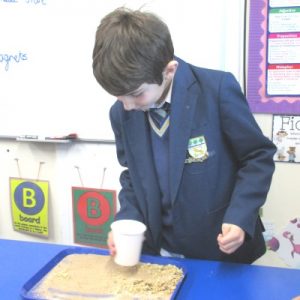 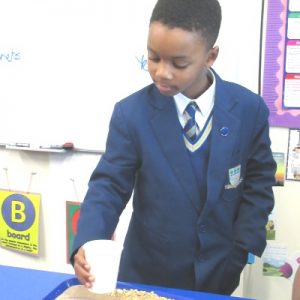 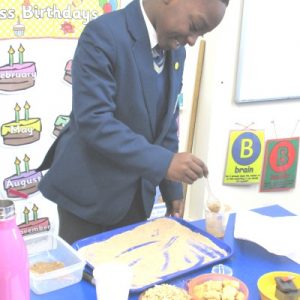 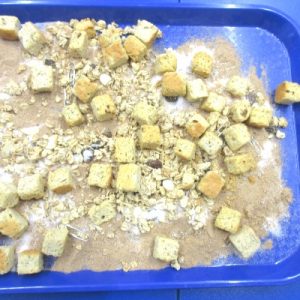 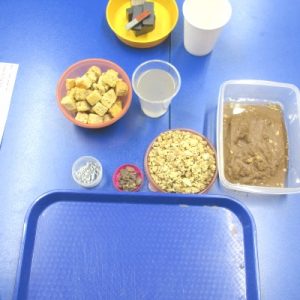