On Monday 12 November Kindergarten to Year 6 took part in a WWI workshop. The workshop started with a lively and very funny look at how dads, older brothers and uncles would be recruited into the Army! All the children were marching on the spot and singing WWI songs all to the beat of a military side drum! They looked how the Army Commanders had to grapple with the nightmare of weapons technology which had raced ahead to modern weapons, whilst battlefield communications technology was still stuck 100 years in the past to the times of the American Civil War.

In the hall there were luckless soldiers trying to lay telephone cables, or as message runners whilst coming under fire from beanbags! The children also re-enacted different trench pre-attack bombardment tactics, with some of the children being the German targets, some as the attacking soldiers and some throwing bean bags as the Royal Artillery! There was lots of excitement in our workshops but lots of things learnt too! 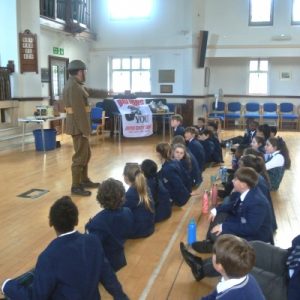 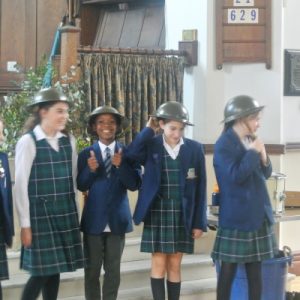 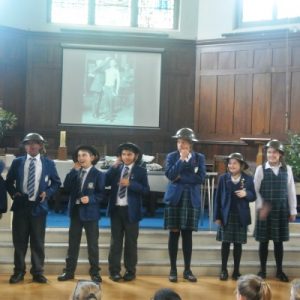 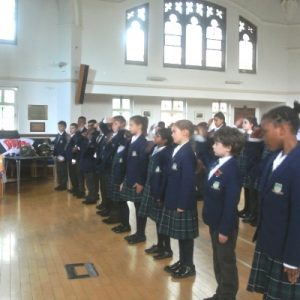 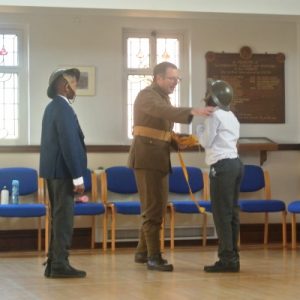 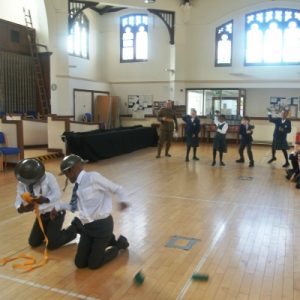 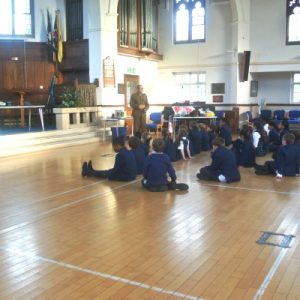 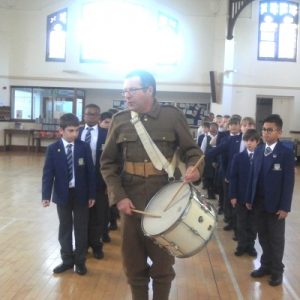 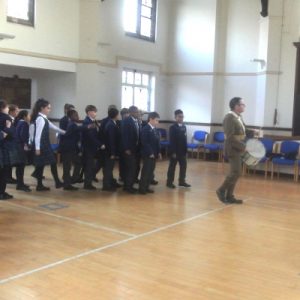